In keeping with the spirit and tradition of Aikido, Aikido Shinju-Kai offers a Deshi (Disciple) Program for serious Aikido practitioners. The Deshi (Disciple) program enables students to practice at the Headquarters intensively.

The word Deshi translates in English to mean “disciple.” A student who joins in the Deshi (Disciple) program not only to train intensively at the headquarters but also dedicating to honing the art of Love and Harmony. Traditionally in Japan, this kind of training is made available only to those students who were earnest about dedicating their time for serious practice.

Most Deshis (Disciple) practises and fulfil their other dojo responsibilities during the evenings, while attending school or work obligations during the day.
A Deshi (Disciple) at Aikido Shinju-Kai trains on average, about three times as much as regular attending students during the same period of time. Deshis (Disciple) usually develop proficiencies much quicker in their Aikido, while simultaneously learning teaching methodology and administrative skills.

The challenge in life as a Deshi (Disciple) is one that must be chosen by the individual. Accepting this responsibility leads to valuable development through training that is useful for a lifetime.

As a result, all members are expected to respect these differences and not act in any manner which might cause discomfort or offence to other members.

Aikido Shinju-Kai reserves the right to refuse anyone from participating at any of the training centre in the interest of safety and welfare of other students and regular members.

Occupancy varies throughout the year as individual terms do not begin at the same time. It is best to apply early for the time you wish to participate in the program. It is suggested to include a first- and second-choice of when you would like to begin your first term.

Please send a letter of request to enter the program that includes the following pre requisite: 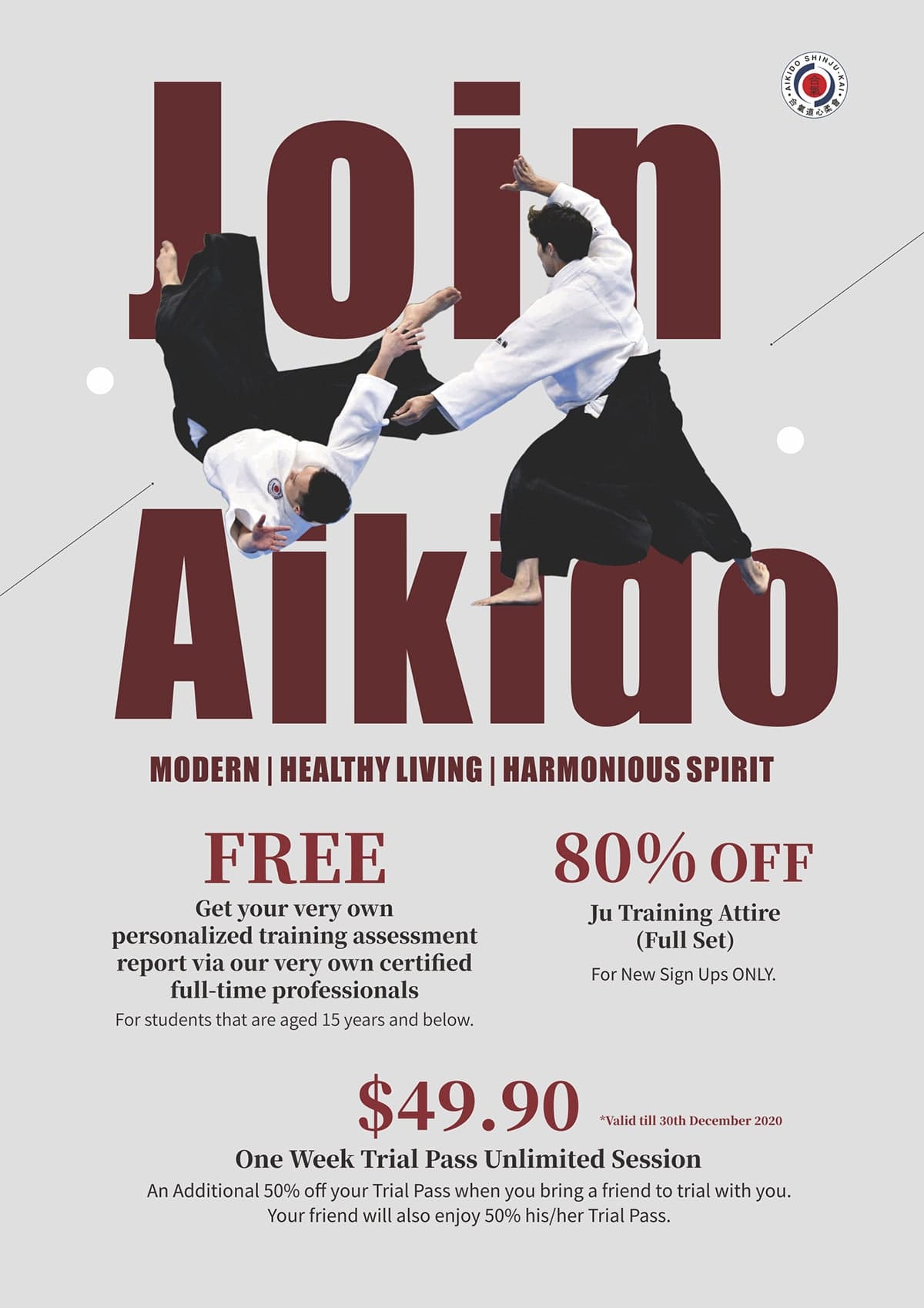